There are some well known documentaries about American Revolution.
I wonder how would you rate them and which one you recommend (and why) : 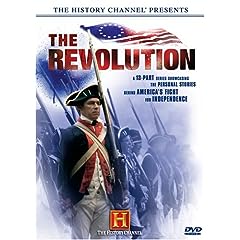 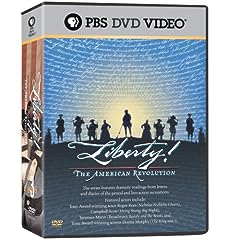 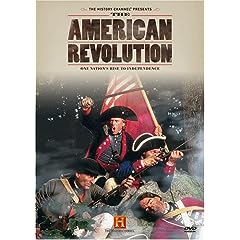 Carnium wrote:There are some well known documentaries about American Revolution.
I wonder how would you rate them and which one you recommend (and why) :

Liberty is by far the best...but it's dated.

I recommend The War That Made America about the F&I War. VERY Good.

lightsfantastic wrote:I recommend The War That Made America about the F&I War. VERY Good.

Excellent, thanks a lot and I already have The War That Made America on my radar

Recently I got two documentaries about the war of 1812, but by a quick look only this one is telling the whole story from the both side.
Have you seen "When the Forest Ran Red" by any chance ?

I saw Liberty a few months ago, at least i can say it is a decent one. I don't personally like History Channel productions, i find them rather biased, and those two were not any exceptions. Although, I'd really like to see a better and more in-depth production about the revolution. At least there are some real good books out there (some forum members' recommendations), which compensate for the lack of good documentaries about the subject.

I own both The War That Made America and When The Forest Ran Red.

While both are pretty good, I'd suggest going for the former. They had a s***load of money to make it, being the one done for the 250th anniversary of the FIW in the US. Hence you get good visuals, real actors, and a fairly good rendering of battles (some of them, don't be too picky though). Yet, its main quality lies in that it draws heavily from Fred Anderson's book Crucible of War, which, despite some flaws, remains the best and most complete work on the FIW to date.

Also, if you have money to spare and want to see some great battle shots, get your hands on Canadian CBC's A People's History. The volume on the FIW has the best rendering of the battle of the Plains of Abraham ever.

Thanks for all the advices

CBC's A People's History looks amazing, but its currently out of my financial reach and I will probably get Liberty and When The Forest Ran Red.
If someone knows any good and unmentioned documentaries about this period, please post it here.

Anyone seen Rebels & Redcoats - How Britain Lost America ?
The reviews are quite mixed and I would like a second opinion 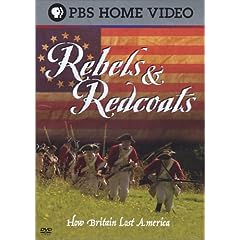 Have not seen the video,but have read "REDCOATS AND REBELS"The American Revolution Through British Eyes by Chistopher Hibbert.A very good read, and it compliments the game nicely.

You don't have to buy the entire collection of A People's History. It's sold in 3 dvds sets, each set covering more or less a distinct era. The first one has the early colonisation by the French, the Seven Years War, the American War of Independance and the War of 1812. So eventualy, you'll also end up getting a piece of what you were initially looking for

PS: I do not get any money from CBC

And actually, as far as I'm concerned, the visuals are pretty much the only thing of value in there (but boy, the Plains of Abraham are such a blast! It's of the scale of that Barry Lyndon scene).
If, however, you're looking for technical details, historians, and well thought historical material with deep explanations, then run. Fast. And get yourself a copy of When the Forest Ran Red instead, as you apparently intend to do. That, my friend, is a great piece of documentary.

My only problem is that Amazon.ca only has A People's History while Amazon.com only has When The Forrest Ran Red and I need to decide which one to get first.
Thanks a lot once again.

Now you've seen it, you'll no longer have to chose

And one last thing, both When the Forest Ran Red and The War that made America are quite heavily focused on George Washington. It's not annoying though, as the documentaries are pretty honest with their treatment of the US national hero. Actually, The War that made America does quite a good job in showing the complexity of the character, who was at that time far from being the smart and experienced commander of the AWI. One could even say that he was just a young hillbilly wannabe noble, driven by greed and lust for power and recognition. You did not hear me say that

Looks exactly like the Canadian version of the War of 1812 that I recently purchased and enjoyed a LOT.
It seems that When the Forest Ran Red and The War that made America will have a wait bit

Has anyone by any chance seen the so called sequel to the When the Forest Ran Red - George Washington's First War: The Battles for Fort Duquesne ?
Post Reply
13 posts • Page 1 of 1

Return to “BoA2: Wars in America”