In our 3 player Pbem game Poland had a quick victory and Wrangel forces were partially isolated from that event in middle 1920 as date. I think even those forces were against the Revolution they need fair traitement. Event mostly punish Southern Whites then Reds.

Think: Whites and Reds are both russians (mainly)...
White players should not help Poland so much. When Poland has a major victory, she takes north and south nations, where unluckily Whites are. Poland despise White and Red imperialisms, that's why they need this 'Great Poland' (Poland with allied puppets).
So, white players should not play against themself. I agree that ingame a warn should be written for those who don't know about History or geostrategy, or go full force thinking Poland (the game) has forgotten History. Whites have not enough power against a so victorious Poland, and more so for she is backed by French... who then let down the Whites, russians, for Poland proved the better partner than Russia in a future control of Germany.
Next time, help Poland against Red Russia, but for a minor victory. If White russians help too much Poland, they help her against Russia neighbour interests...
Don't let hate of reds makes you forget for your country

Thanks. I was controlling Reds and I pick 'Reds united' in the game beginning. Internationalists want 4 cities captured after Whites made alliances with other nations. I've lost total 24 NM in 4 turns and many VP until Polish victory event fired. Now VP is below zero but Red Army is saved !

Not possible to win this game by VP, NM or conquest anymore but still fun to continue.

That's though. Maybe Andatiep could comment about balance.
However you see that the 'punishment' of south white somewhat balance this.
The bad part is gameplay-wise, as in the reverse of you, south white player may be winning but without finding fun anymore.

Yes probably. Locked units without commissaire and low pool of Red infantry to be build making Reds very difficult to win this game. 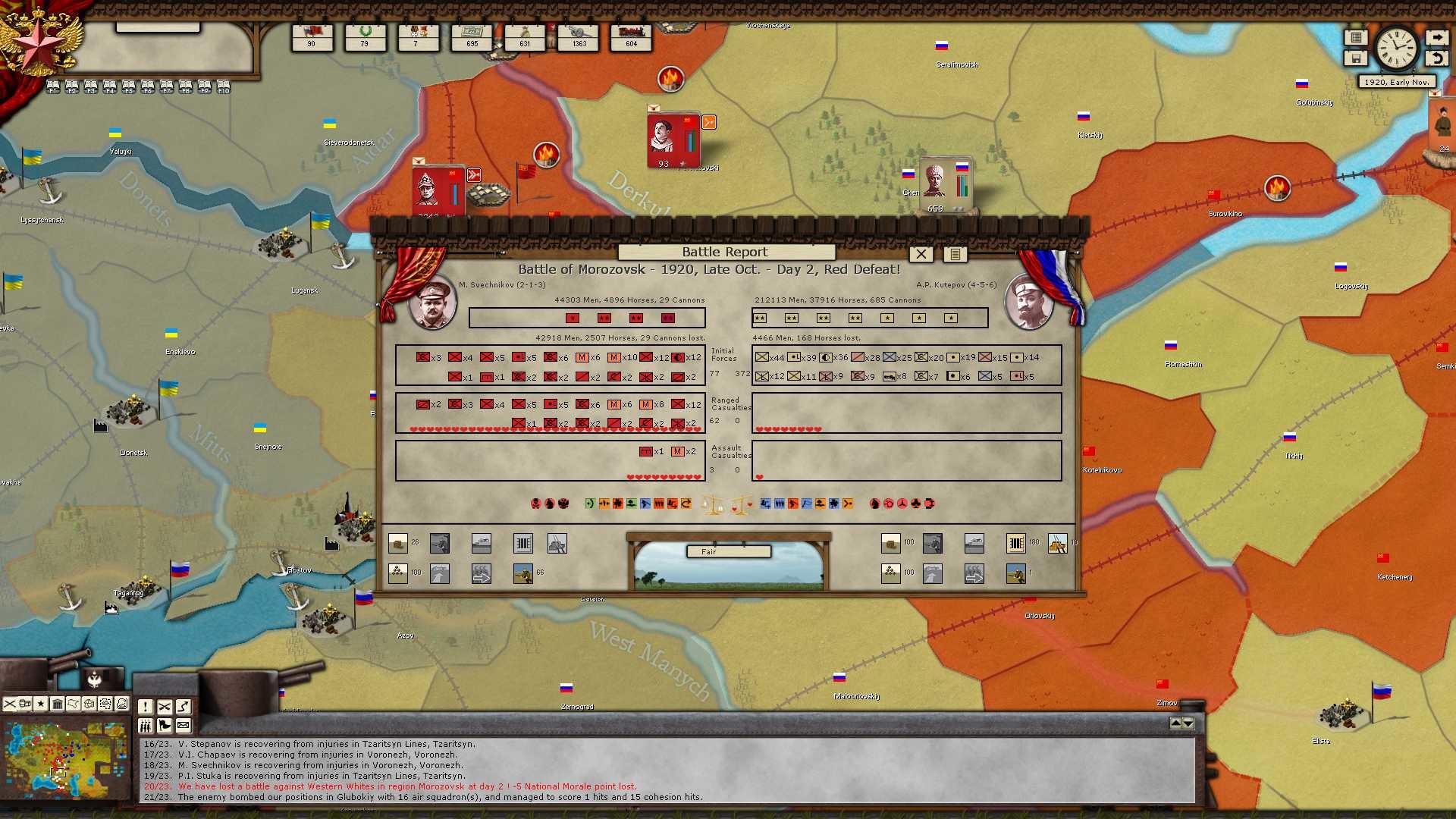 Return to “Help to improve RUS”